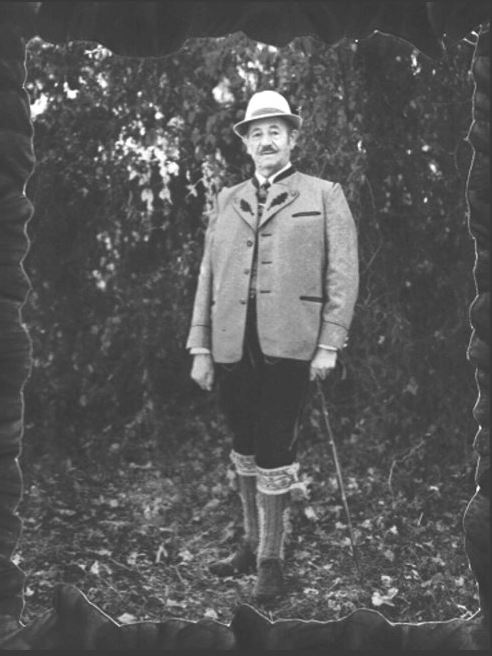 The results of his research directed him to the perception, that a "phase stable signal transmission“ is of fundamental importance for an unbiased transport of electrical information – an insight, audiophile circles attach adequate importance not until most recent years. G. F. Schnerzinger called this study "Phasen-Wächter-Forschung" (phase guard research); in the 70‘s he was appointed honorary citizen in the U.S.A.

Early he infected his grandson Dirk Klocke, today the moving spirit within the SCHNERZINGER® audio team, with his striving for sophisticated music reproduction. At the age of 9 at his communion he received his first high quality hi-fi system from his grandfather. After his own years of apprenticeship, while he always searched for the ultimate, G. F. Schnerzinger arranged a stay with Jason Bloom for his grandson. Together with Leo Spiegel Jason had founded Apogee Acoustics, perhaps the most innovative and acknowledged speaker manufacturer in the 80’s.

Jason Bloom gave him deep insight into the secrets of his knowledge and arranged important contacts at this time. Dirk thankfully and proudly considers the insights of the Phasen-Wächter-Forschung and his „apprenticeship“ with Jason Bloom as the foundation for the exceptional results of development of SCHNERZINGER® research in the audio products domain.

Today his experience and the field of application of SCHNERZINGER technologies ATOMIC BONDING, GIGA CANCELLING and BIDIRECTIONAL are responsible for the exceptional capabilities of SCHNERZINGER® audio products.